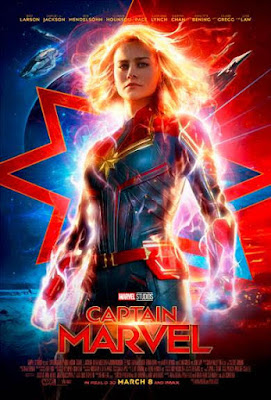 I am SO excited to share with you the second trailer and poster for Marvel Studios' CAPTAIN MARVEL!!