Let's go back to June 1984; I was a month old and my mom and her parents left Ohio with my crib tied to the top of the car and headed to Florida.﻿ In 1986 my mom lost custody of me due to some bad choices of her boyfriend and my grandmother gained custody. So from that point my grandmother raised me and my mother was forced out of the picture. I got to see her on occasions thanks to my one Aunt who took me on the weekends. Growing up was different for sure I knew my mom but didn't understand why she wasn't with me. Around 1988/1989 my mom moved back to Ohio and had my brother in June 1990. I never saw either of them until my grandfather passed away in April 1993. Nor did I know that they were living in Florida. 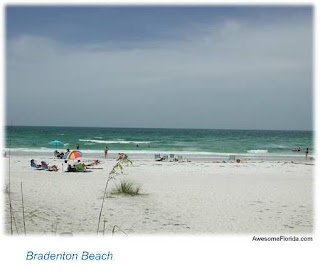 After my grandfather passed away my grandmother decided she wanted to go back to Ohio to be with her kids and she promised my grandfather on his death bed that she would come back. Well that ment I had to move with her. So after I finished my third grade year at Prine Elementary we packed and headed to Canton, Ohio. I did not understand that I would never see my friends or the beach again. 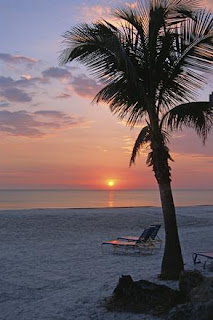 Being pulled away from everything I knew and my friends did a real number on me. Though I was only entering the fourth grade I started battling depression  and it was something that I ended up dealing with secretly until I was married and pregnant with my third child. Not only did I deal with depression but eating disorders as well. Stuff that my grandmother and family should have noticed but never did or if they did they just didn't care. A few of my Aunts were jealous of me because I got everything I wanted and got to do whatever I pleased to a degree; but they couldn't grasp the concept that my grandmother only had me and when they were growing up there was 12 of them. 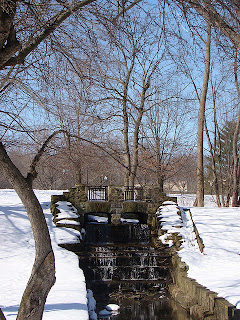 Now I have been living in Canton, Oh for almost 20 years wow its really been almost 20 years since I stepped foot on those beautiful white sand beaches. Instead I've been stepping on white snow something that I have grown to hate. I dislike being cold and having to wear layers and layers of clothing and hope to be warm. Bubba loves the snow, Pumpkin loves the beach, Jake likes the sight of snow but that's about it. We both hate driving in it because it seems like the people around here go stupid while driving when it snows. 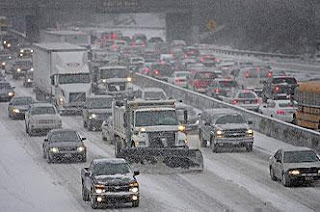 So when once the weather starts turning cold in Ohio I can hardly walk and move because I have a bad back, and the cold weather agitates it. So Jake and I have been talking lately about moving south possibly Florida in a few years. Which means leaving our family and friends. I know that my mom will go back to Florida since she still has a house there anyways, but Jake's parents have already said they won't move to Florida. But have talked about possibly going to the Carolina's. 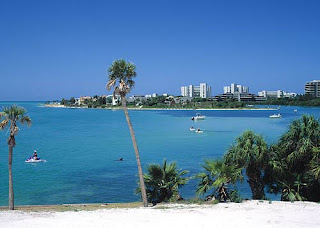 So we have decided that this summer we are going to Bradenton, Fl for a week and take the kids. Maybe getting to go back for awhile will help me get over the wanting and needing it so bad. I am also hoping that it will help Jake and I decide on whether it will be a move we'd want to make in a few years or not. I love all our friends & family we have here dearly; but sometimes you need to do what is best for your family and unfortunately Ohio is a dying state there are no jobs and nothing to look forward too.
Posted by Trista Anderson at 10:38 AM