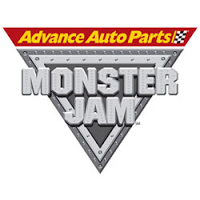 Last night we took the boys up to Cleveland to see Monster Jam. This was the first time the boys including Jake got to see a Monster Truck show. The boys have not stopped talking about the show all day. They took all of their goodies to my in-laws to show them as well. While Bubba and Papa were looking through the Souvenir book, Bubba also talked about all the different trucks he saw and the autographs he got at the show. 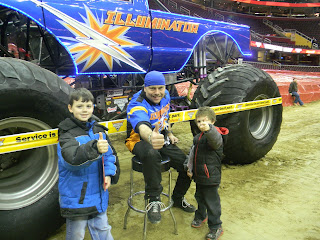 The boys had a blast with their pit passes. They thought it was so cool to be able to go down on the dirt track and meet the drivers and get their autographs. They made sure to get all the autographs of the Monster Trucks and dirt bikes drivers as well as some of the quad drivers. I thought that it was so cool that they allowed the children to sit on the quads for pictures as well. 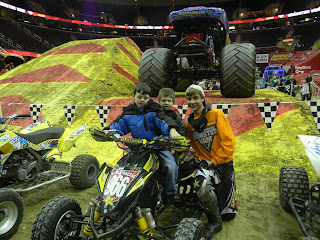 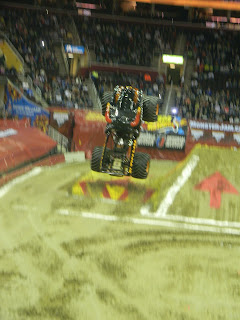 This show has definitely become a family favorite for the Anderson Household and will be talked about for a long time. The boys cannot wait for the Monster Trucks to come back to Ohio so they can see them again and Bubba is hoping to one day meet the Grave Digger driver "Dennis Anderson" since they share the same name. I have also heard several times since the show that Bubba wants to grow up to be a Monster Truck driver.
Posted by Trista Anderson at 6:36 PM