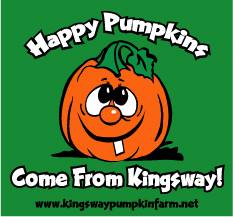 Today I would like to introduce you to one of the Pumpkin Farms located in beautiful Hartville, Ohio. One thing that my family loves to do in the fall is visit our local orchards and pumpkin patches. One of our favorite pumpkin patches is Kingsway Pumpkin Farm! We have been taking the kids to Kingsway since Bubba was 2. It is such a nice place to take the family to celebrate fall and Halloween without all the scary factors of the season. There is such a wide variety of things to do at Kingsway that everyone in the family can easily find something to keep them entertained.

In 1990 Kingsway Pumpkin Farm started up by just selling pumpkins out of the front yard. In 1995 they put in their first corn maze and have been growing and adding new stuff to the farm ever since. Kingsway offers a variety of things for families to do such as hayrides, the pumpkin patch to pick your own pumpkin, a large corn maze, petting zoo, straw tunnel and corn slide, mini maze, train ride, zip-lining for kids, giant sandbox, wacky duck races, face painting and much more. Not only does Kingsway cater to families but also schools, daycare's, church groups and birthday parties as well. 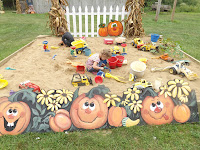 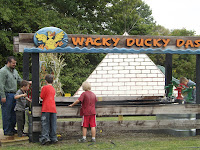 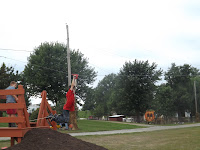 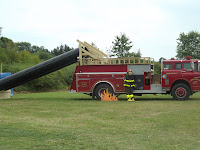 I love that Kingsway is a family ran farm that prides itself at making sure families can have a fun time at a reasonable price. One nice thing about Kingsway is if your children are like ours they want to pick the biggest pumpkin in the patch and it's not always in your price range. If this happens Kingsway has a big area where you can pick a pumpkin out that is in your price range. I also like that the pumpkins are only $0.25 per pound so they are very affordable! They also sell corn stalks, hay bales, gourds and lots of other goodies that you may be looking for or in need of.

My kids could spend the whole day at Kingsway and never get bored. When we arrived at the farm the kids were so excited to be at the pumpkin patch. They quickly made friends with the owners children and had a blast getting to run around and do everything without having to wait in lines. Though we did not pick our pumpkins yet, still a little too early for that, they had a blast playing. The boys really enjoyed the zip-lining, corn slide and the fire truck slide. Sweet Pea enjoyed all the different slides and the sandbox. Jake loved walking around the petting zoo best as he is a big animal person. 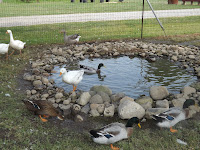 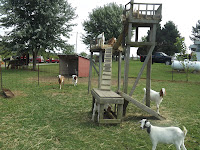 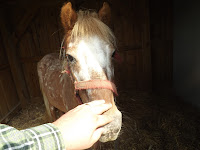 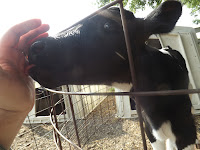 The boys had fun chasing and trying to catch a chicken which they succeeded on thanks to their new friends. 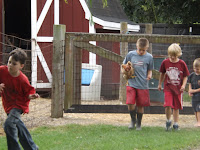 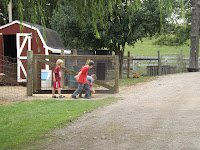 Before we left we made sure to adventure out into the giant dinosaur corn maze. Though the kids got tired and tried to give up a few times (by sitting down and not wanting to go on) we made it all the way through. We also learned that it is much easier to go through a corn maze when other people are also out in it. The kids are so excited and can't wait to go back to Kingsway Pumpkin Farm to do the hayride out to the pumpkin patch and they want to do the corn maze again. I think when we go back we will take Nana and Papa with us so they can enjoy all the activities with us as well. 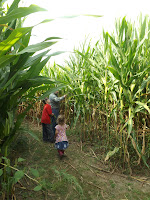 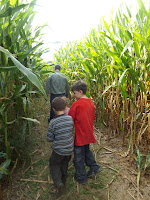 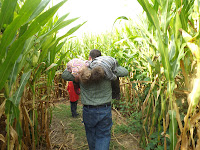 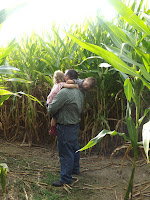 Kingsway Pumpkin Farm's opening day will be September 14, 2013 for their 23rd season and hayrides will begin on September 21st.

The hours listed below start on September 30th and will run through the close of the season! 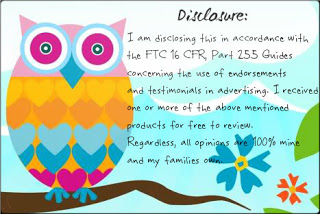 Posted by Trista Anderson at 8:54 PM