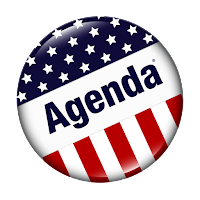 Do you like playing games? Do you have a family or friend who loves politics? If you do then I would love to tell you about a great game to add to your upcoming game nights. I know that we use to do game nights with our friends and would really like to start doing them again. I think friend and family game nights are a great way to fellowship and have fun. The adults and kids both can easily have game nights so that everyone is included and having fun. 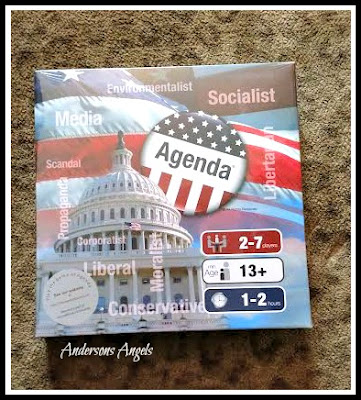 A great new game for adults is The Agenda Game

. The Agenda Game is a small piece of political theater in a box where the players can their hat into the political ring. But the candidates are not after electoral votes instead they have an agenda. This board game was designed to tickle the funny bone, and teach something new about people and politics in general. 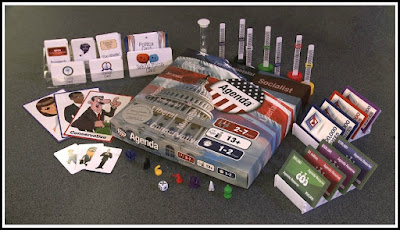 The Agenda Game was created to educate about American politics and create fun dialog between family and friends. Players getto choose one of seven political personas as their presidential candidate (Conservative, Environmentalist, Liberal, Moralist, Libertarian, Corporatist or Socialist) each having their own specific agenda. Players then travel around the pitfall-laden road that is American politics from scandals to buying off politicians to filibusters. 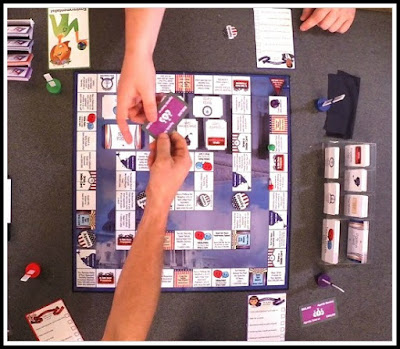 The object is to win over the public in votes and polls and gather enough money to implement your agenda. Along the way there is political humor, trivia to test your political knowledge and you want to try and avoid the scandals. The Agenda Game would make a great gift for anyone who enjoys a good game or politics. Make sure you get your game ordered soon so you know it doesn't sell out or not make it in time for Christmas!

Posted by Trista Anderson at 12:38 PM