About the Book:
On Sale NOW! The third and final installment in the Shadow Magic trilogy. In this sizzling adventure, Lily the sorcerer queen and Thorn the giant-bat-whisper journey to the Sultanate of Fire to help their friend K'leef in a no-holds-barred contest for the throne.
When Lily, aka the "witch queen" and bat-rider extraordinaire Thorn travel to Sultanate of Fire, things go terribly wrong. Instead of celebrating a reunion with their old friend K'leef, they are thrust into royal murder, an epic quest, and a deadly battle for the throne.

While investigating the murder, Lily learns shocking truths about her life that could destroy all she has achieved. Yet, among the ruins of her old life, she has the opportunity to become someone greater... and more terrifying. Thorn and the magnificent bat, Hades, join the timid K'leef and the idiotic Gabriel Solar in a quest to find a phoenix. These fire birds are the key to saving the sultanate, but they nest within the Shardlands. The boys must defeat not only the monsters of that magical wilderness, but also rivals eager to claim the throne for themselves. Rivals that include a renegade from House Shadow. 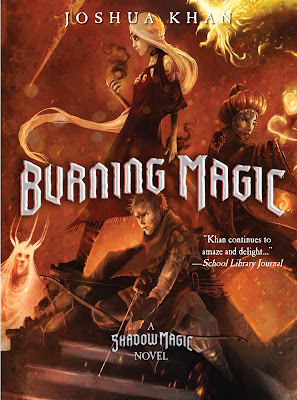 About Joshua Khan:
Joshua was born in Britain, the land filled with ancient castles, dark forests, and tales of legendary heroes and fantastical monsters. He has visited King Arthur's grave (a relative of my mother-in-laws family) and stood at the ancient oak where Robin Hood once gathered his Merry Men.

His head is stuffed with magical stories,  it was inevitable that Joshua would want to create some of his own. Hence the wonderful Shadow Magic Series. Josh currently lives in London with his family, but he would rather live in a castle. (So would my hubby ;) ) Joshua says "It wouldn't have to be very big, just as long as it had battlements." 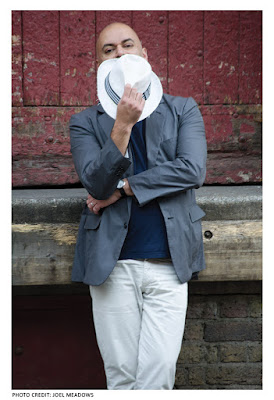 Our Thoughts on the book:
Since this is book number 3 out of the series it is a little hard to get into it fully; without all the background information that has been built up in the first two books. My boys did enjoy the book still since it is filled with magic. I will be picking up the first two books so my boys can read the whole series. This book and the series I feel is great for preteens.

You can pick up Burning Magic (A Shadow Magic Novel)

Posted by Trista Anderson at 10:15 AM